Our goal in 2016 was for each EOJP team make AAU Nationals and we accomplished just that. For 2017, the goal is to have every Jr Predator Tackle Football team PLAY SUNDAY FOOTBALL at AAU National Championship games!! Very simple. But as you know, a lot of hard work will be needed if we wish to accomplish this goal. For now, we need rest and recovery and reflection for the AMAZING and INCREDIBLE 2016 season we all had! See you all soon at our annual banquet. 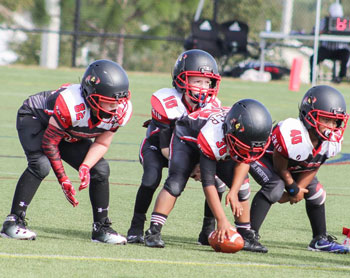 Head Coach Johnny Griffin led the FYFCL 8U Eastern Conference Champ football team into the Final Four of the country and sadly was eliminated by Apopka. West Orange Bobcats played Apopka for an all FYFCL Championship game and beat them to the win the AAU national title. This marks the fourth straight year that Jr Predators 8U has made it to nationals and only the second time in our entire club history that a tackle football team made it to the Final 4 (the first being our 8U team the very first year of our club.) Coach Griffin, his staff, and these amazing young men represented our club so well at nationals and can say that they stand as only 1 of 2 Jr Preds teams that made it to a Final 4! HUGE Accomplishment! Next year, we will make that final step at the level that we have built such a tradition around. 8U – next year, lets play Sunday Football at Nationals! 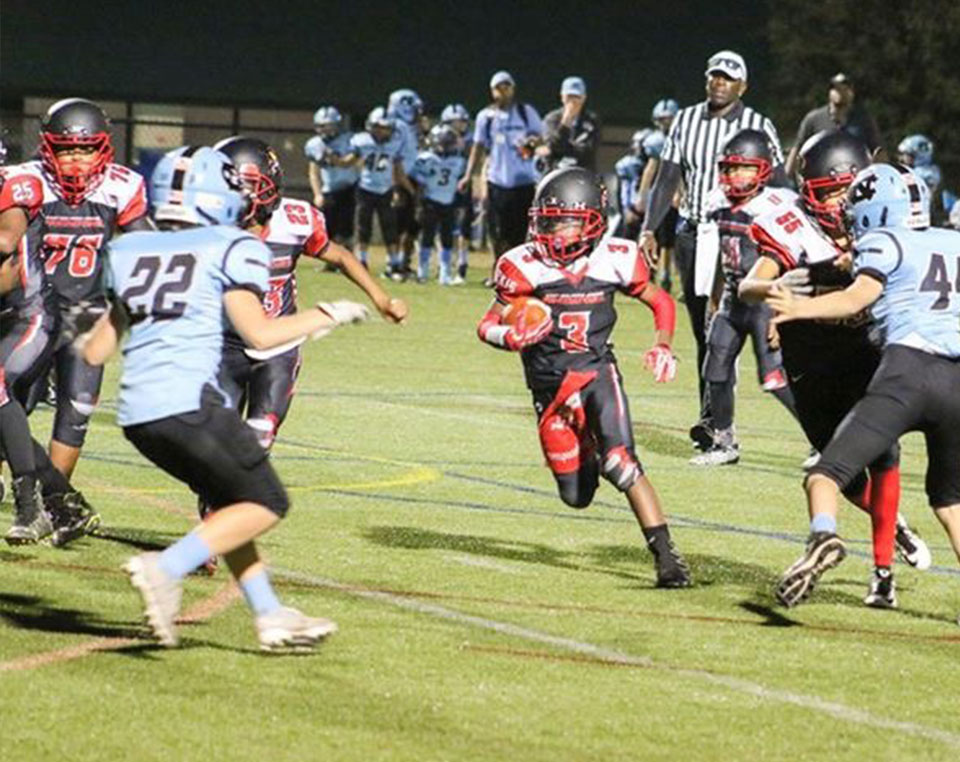 Head Coach Troy Gabay and our 10U FYFCL Championship team exited at the Elite 8, losing to the Pensacola Colts 14-6. Pensacola went on to beat Apopka and then face Lakeland Fire in the finals. Lakeland, another FYFCL club, won the national title 6-0. We cannot tell you enough how proud our club is of our First and Only FYFCL, undefeated league play Champion – 10U Jr Preds. The first night game of the tournament was packed with Jr Pred fans from all levels watching the team we so desperately wanted to win. We came up short at this tournament no doubt. But it does not take away the championship season and the greatest season ever by a Jr Predator tackle football team. Coaches and players – lets take this feeling after nationals into the off season and let it be a driving force to take us back so that we may play Sunday Football at Nationals. 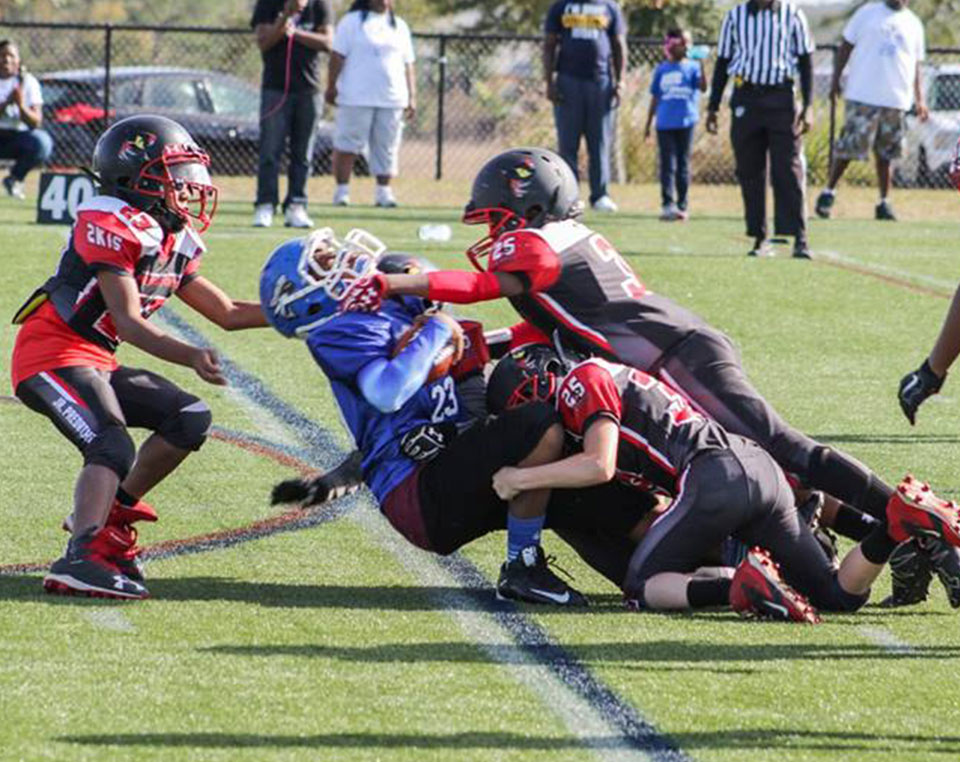 Head Coach Dave Carrington, his incredible staff and our 12U Eastern Conference Champ football team represented our club in an outstanding way at the tournament. Our far and away best 12U team in our clubs history made it to the Elite 8 at the tournament, losing to Macon United 13-0. Macon went on to lose 13-7 to Apopka in the Final 4. Apopka was beaten by Las Vegas Jr Bengals 40-14 in the championship. There is no doubt that our 12U team earned a lot of respect at nationals as we competed as one of the best teams in the country. This is a team that HC Dave Carrington and OC Mike Metcalf took over 7 days before we started practice. This team has a lot of talent staying and a lot of championship talent coming up from 10U. They will take the experience as well to build so that next year the Jr Predator 12U Tackle football team is playing Sunday Football at nationals! 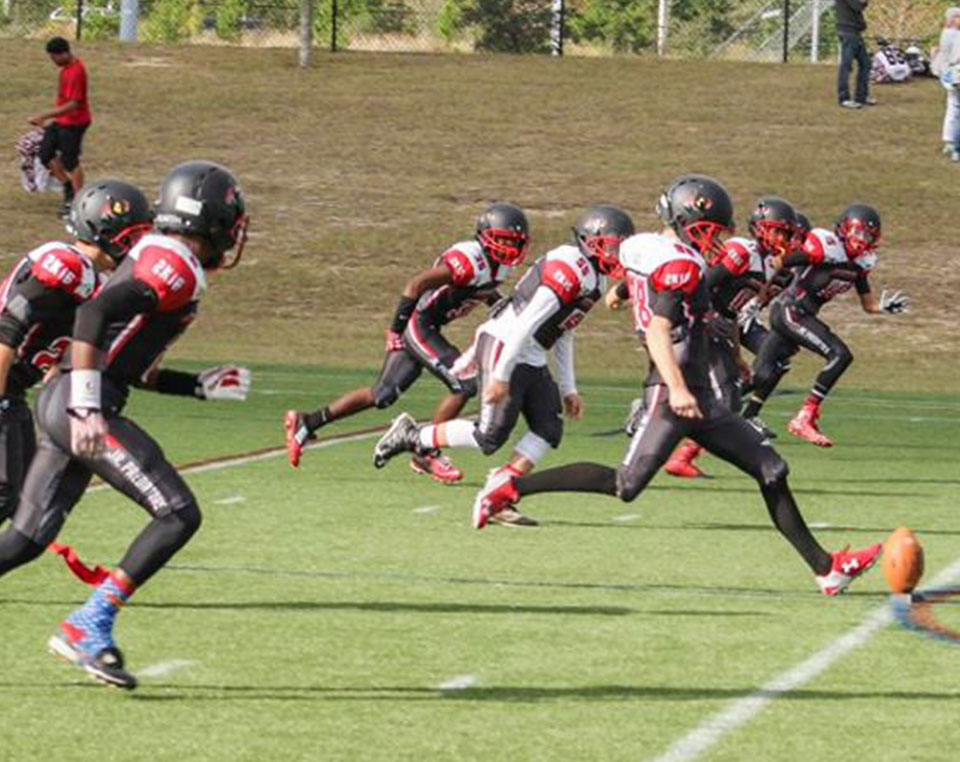 Head Coach Matt Burris led the Eastern Conference regular season 14U champs into the national football tournament and once again made it to the Elite 8. This team started the tournament off with a thrilling OT win over the FYFCL Champion Apopka Raptors. And this team ended by delivering the most exciting game of the entire tournament. At the Elite 8, we played the Hammer Down Tar Heels, a team that had not lost a game all year, and dominated teams in their pool play by a combined score of 60-0. They were the big favorite to win the national championship. Our 14U young men came out of the gate and played the game of their lives. With passion, focus, determination and amazing courage, we battled back and forth all game… 14U drove down the field with less than 1 minute left to tie the game 14-14. After 3 plays, with only 4 seconds to play, the Tar Heels running back made a spectacular 35 yard run to score a TD with no time left on the clock. Jr Predators 14U lost 20-14. The Hammer Down Tar Heels went on to beat West Volusia and beat Conway in the championship game 40-6. Their president told me after our game that we were the best team they played all year. Our 14U team over achieved all year. They fought so hard all season to be great. And in the end, they were one of the greatest in the country… We asked the 14U team to leave it all on the field Saturday, and they did exactly that! As we look to next year, we have a very talented group of young men age eligible to stay. And we have an extremely talented group of young men coming up from 12U, with championship experience. There is not doubt that if these young men stay together, the Jr Predators 14U will play Sunday Football for a Championship next year at Nationals..