The East Orlando Junior Predators have announced Six 14u players have been selected to participate at Football Hotbed Middle School All-American Game in Miami, Fl.

The following youth football players were presented with invitations soon after their 39-6 victory over West Orange Bobcats. Join us in congratulating: Jonathan Ramos, Dre Cooper, Elijah Rivera, Malcom Taylor, Brandon Fields and Shoukoi Sprauve for being selected as 14u All- Americans and who will play in the Football Hotbed Middle School All American game.

These six players and their teammates are in the midst of a legendary playoff run. And will play perennial powerhouse Apopka Raptors for the AAU FYFCL Youth Football district championship on Saturday, November 14.

Let’s make sure the Junior Predator nation shows up in full force! 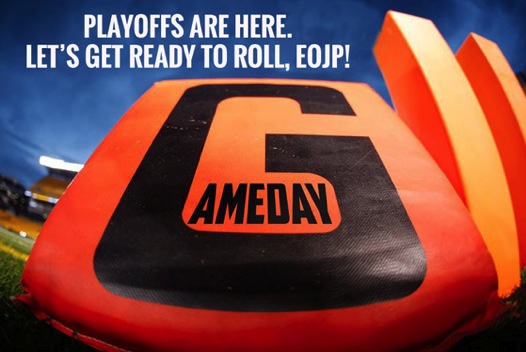 Congratulations to all East Orlando Junior Predator football teams for making playoffs this season. Special thanks to players, parents, faculty and coaches for making this great feat happen this season. We look forward to having you back for the 2015 FYFCL season. Current club members can register here to secure your spot for next season.

First, how about our Outstanding, home town Orlando Predators starting the AFL season 5 – 0! Did you know this is the Orlando Predators 25th Anniversary Season? And they look like a championship caliber team!!! Next, the EOJP and our partner Faith Christian Academy have a combined vision to build a new Home Field Experience. We have…

Congratulations to the East Orlando Junior Predators’ 12u cheer program, your FYFCL youth cheerleading champions! Our 2015 youth cheer program represented us well at the 2015 AAU FYFCL District Championships. Both 8u and 10u programs earned 2nd place runner up trophies while the 12u program won the championship. We are extremely proud of ALL our young ladies…

The East Orlando Junior Predators’ 14u Youth Football teams has advanced to the Quarterfinals of the AAU National Football Tournament! Congratulations to the Junior Predators Varsity team who faced elimination twice today and won both games! A fantastic performance early in the day against West Volusia, a team we lost to during the regular season. But today…